The City of Helsinki has nearly 70 playgrounds that offer free indoor and outdoor activities for all families. The identified challenge was that many families that have moved to Helsinki from somewhere else, families with immigrant background and other citizens were not aware of these services or did not know how to use them. The communication did not reach the families with different native languages and it was difficult to tell the difference between playgrounds and day-care centres.

The City of Helsinki launched the Attractive Playground project to increase the attractiveness and accessibility of playgrounds, and to promote the integration of families with children and with immigrant background.

Together with the City’s team, Pentagon Design developed the concept and the design guidelines based on it to promote a citizen-driven approach in the design and implementation of playground activities, integration into the urban environment, and communication efforts. The service design project paid special attention to families with immigrant background and to the role of playgrounds as places that promote encounters and integration.

The service design project was implemented with the participation of citizens, various communities, and playground staff, in close cooperation with the Helsinki City Chancellery, and the city’s education and urban environment divisions. The project sought to deepen our understanding of the relationship between families with an immigrant background with playground activities, environments and communication. The project involved running several workshops and conducting interviews with experts, stakeholder representatives and citizens, as well as an online survey for city residents on the city’s “Kerro kantasi” web service for citizen opinions, to which more than 550 responses was received.

Based on the findings and the co-creation work, the project resulted in design guidelines for playgrounds, a set of elements for an attractive playground, and a communication guide. The design guidelines summarise the desired urban experience and provide concrete guidelines for the design and implementation of more playgrounds that are citizen-driven. The element set is a concrete range of means designed to promote the discoverability, recognisability, and accessibility of playgrounds, based on findings and co-creation.

In addition, a communication guide was produced. It sums up good practices for the design and implementation of communication, and principles for implementing multilingual, accessible, and attractive communication from the perspective of all urban groups, especially immigrants. A key finding of the project was that the range of playground activities should be better communicated to all user groups, and that solutions supporting the needs of families with immigrant background will improve the experience of all city residents. 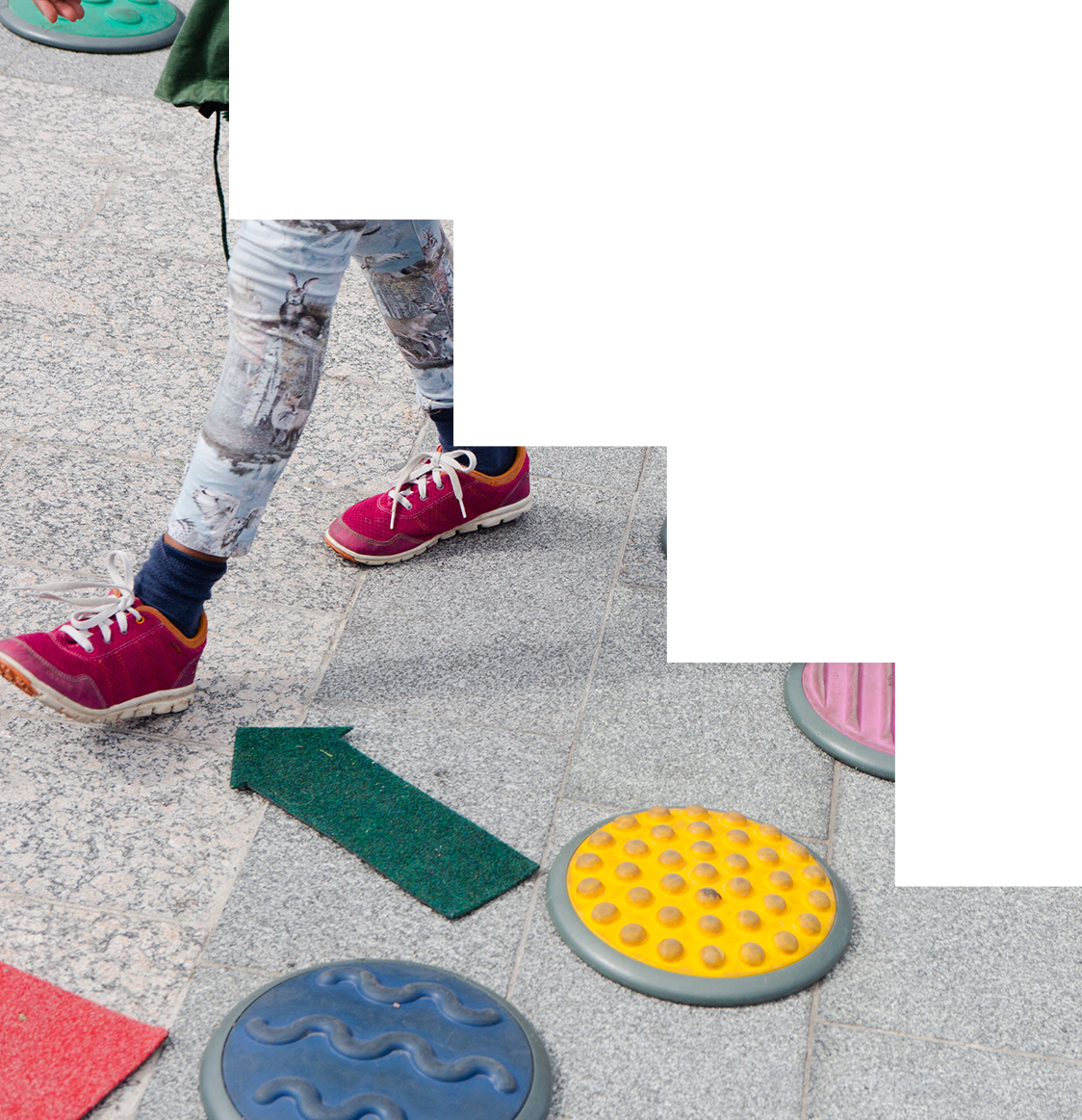 Change does not happen overnight in an organization of this size; new courses of action and new tools were created together with the citizens and the personnel of the playgrounds to support the change. 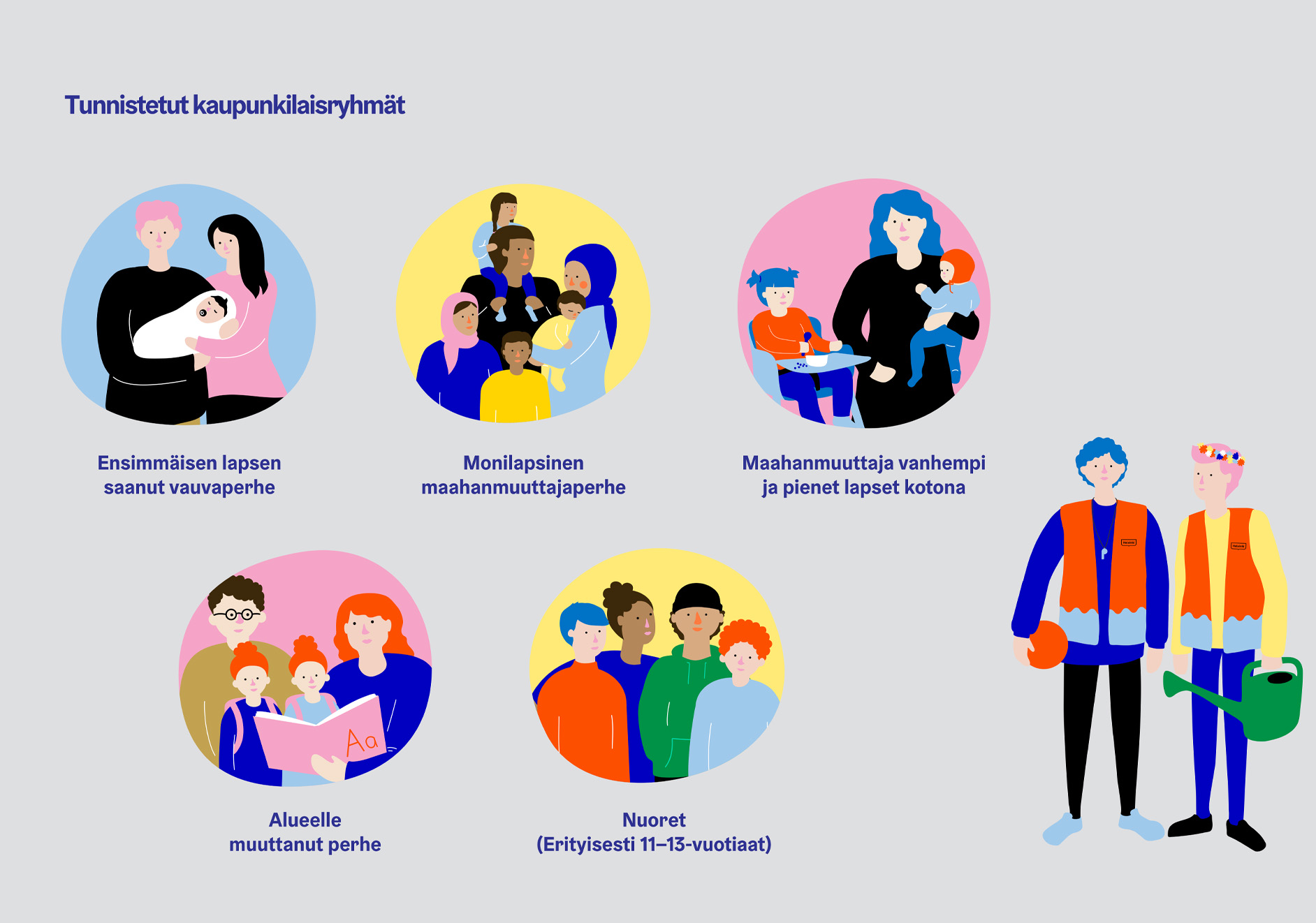 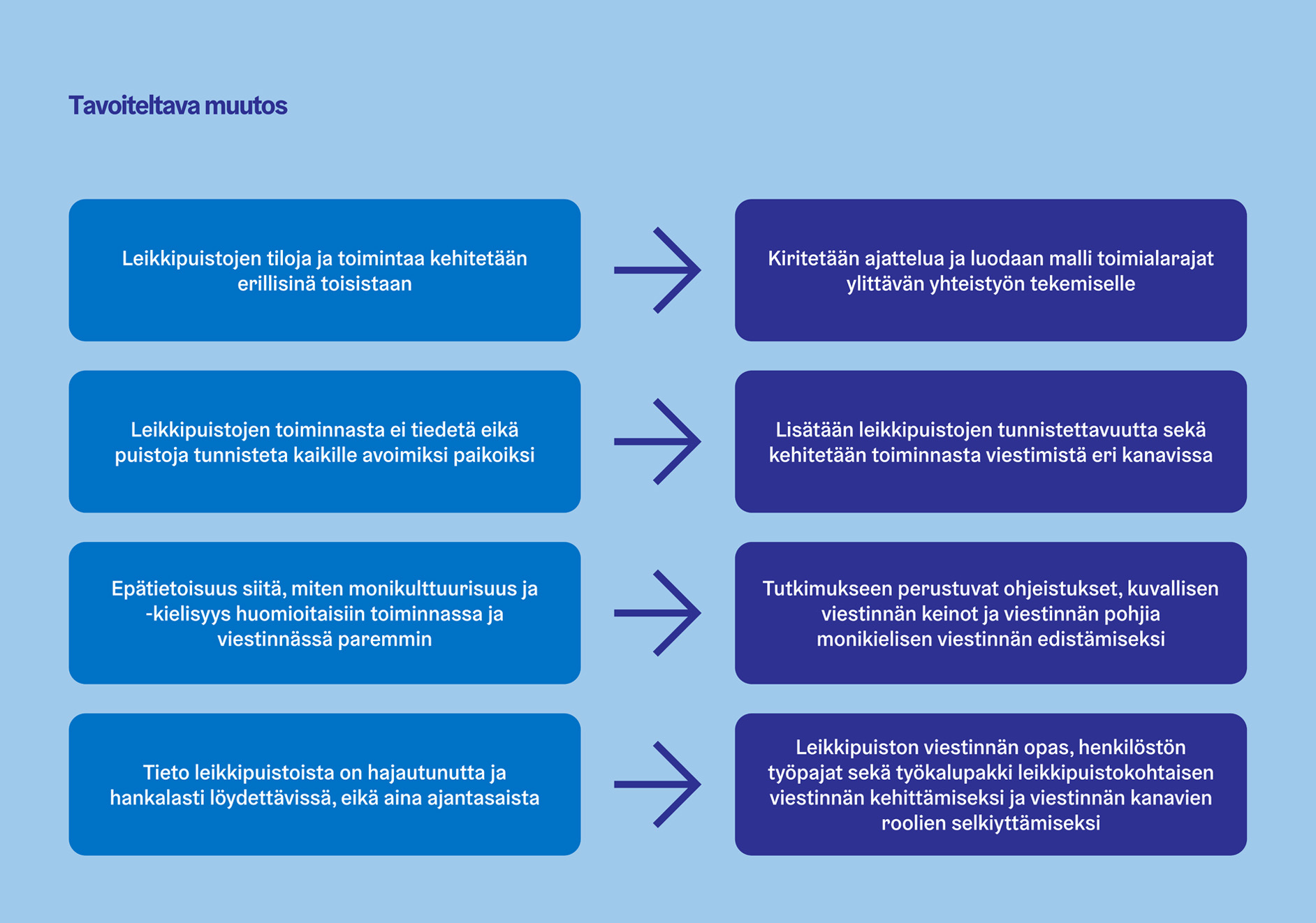 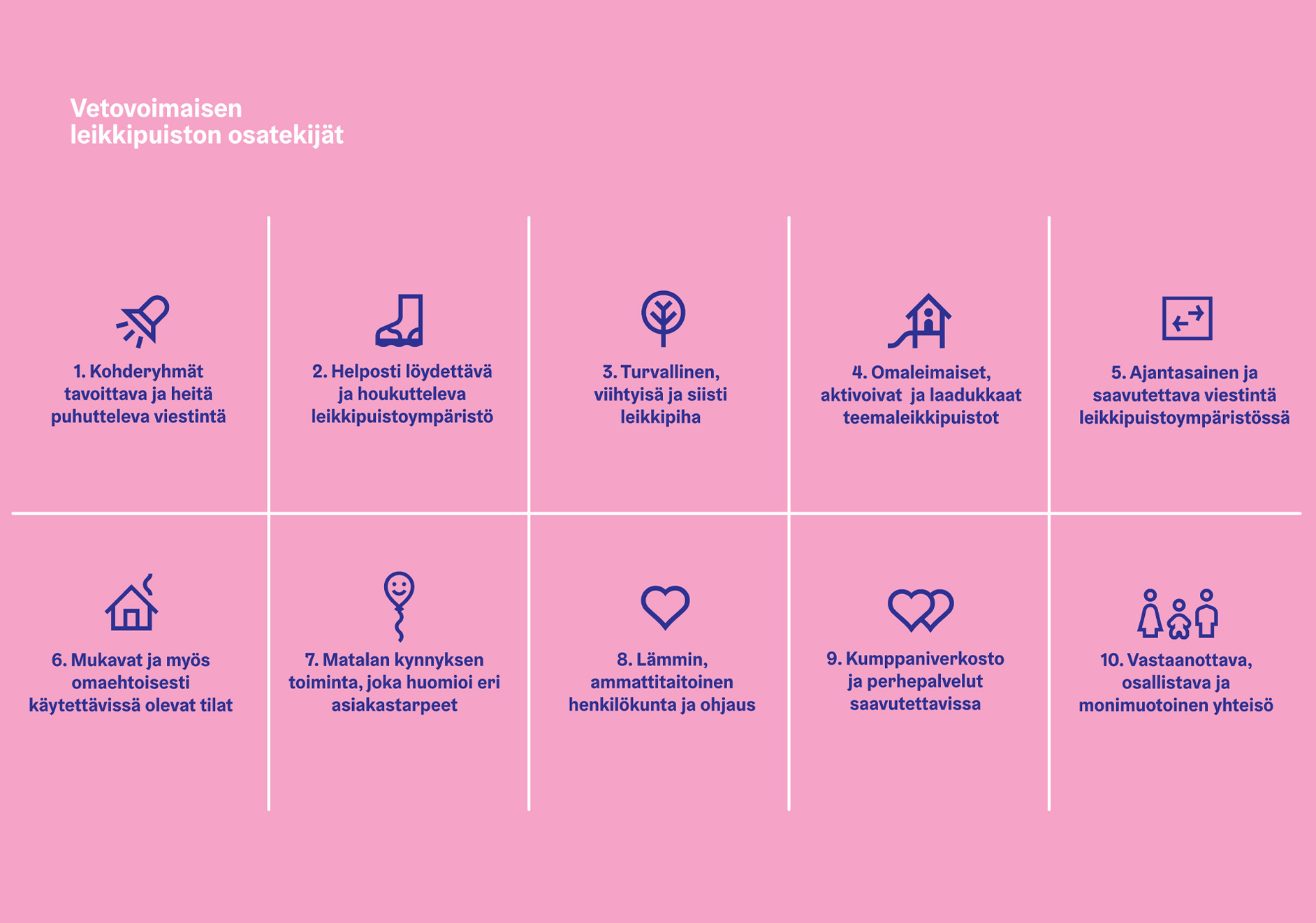 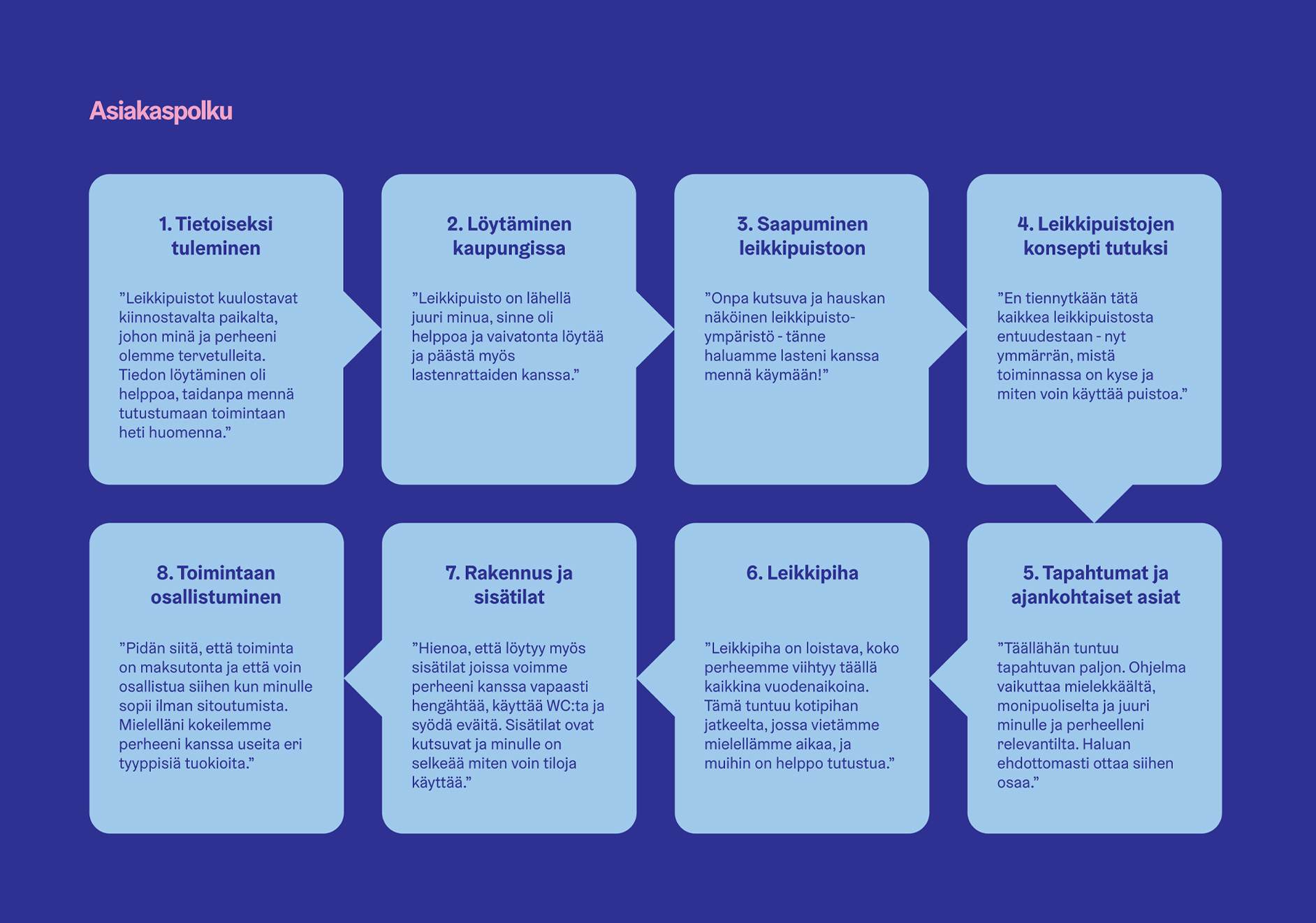 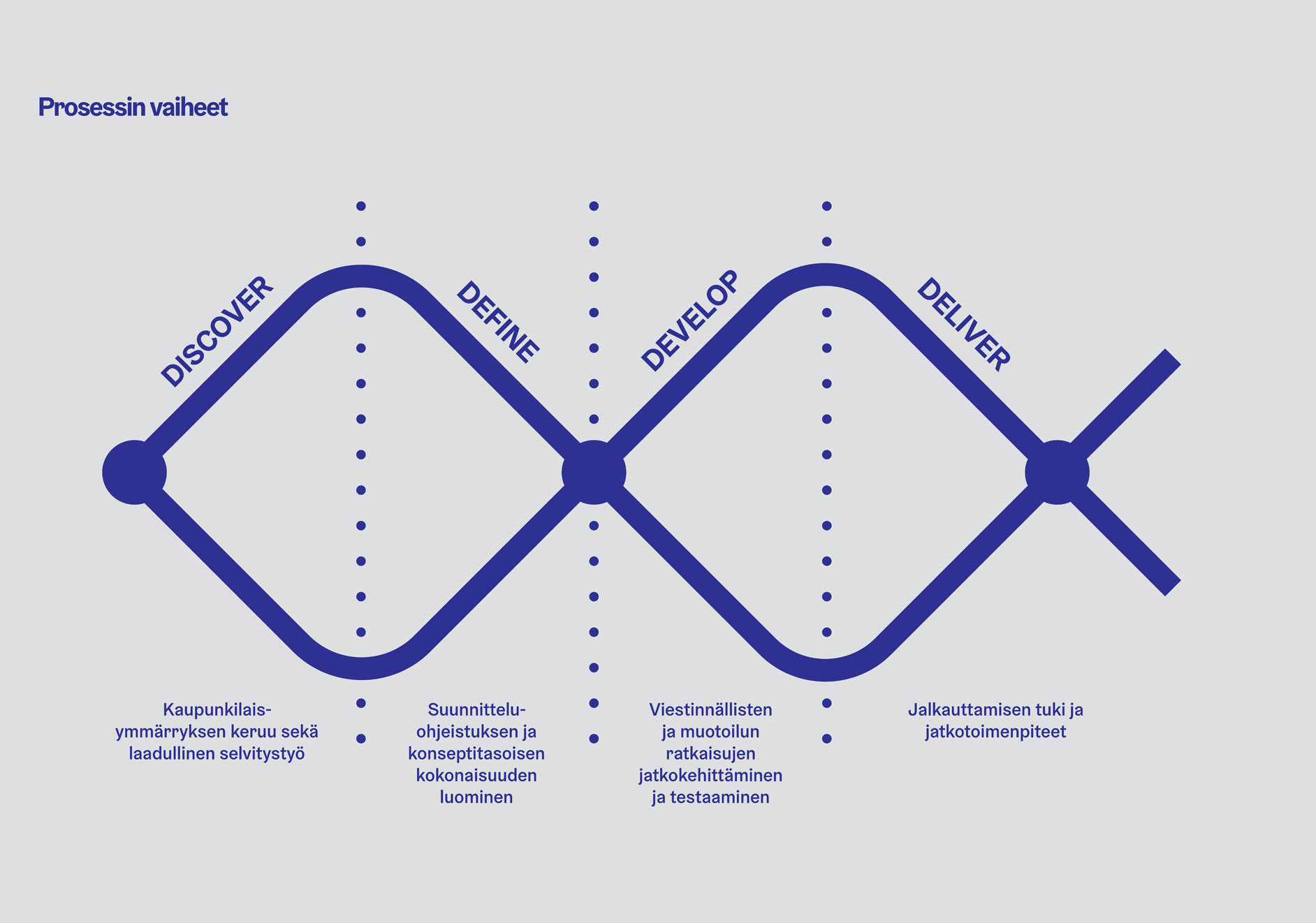 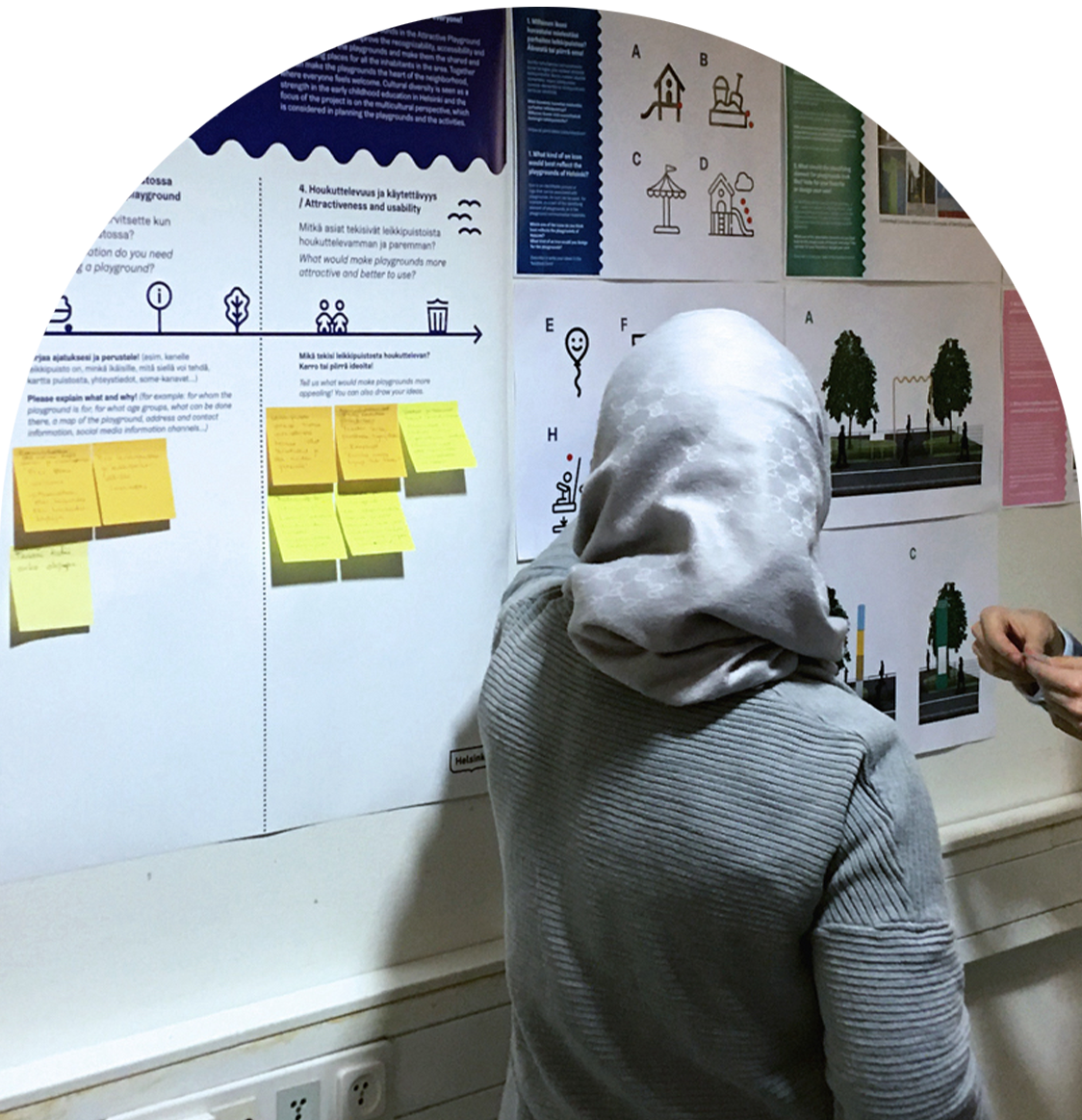 people from different interest groups and organizations were interviewed.

representatives of the personnel of the playgrounds participated in the communications workshops.

virtual workshops for playground personnel and experts from the City’s different service areas. 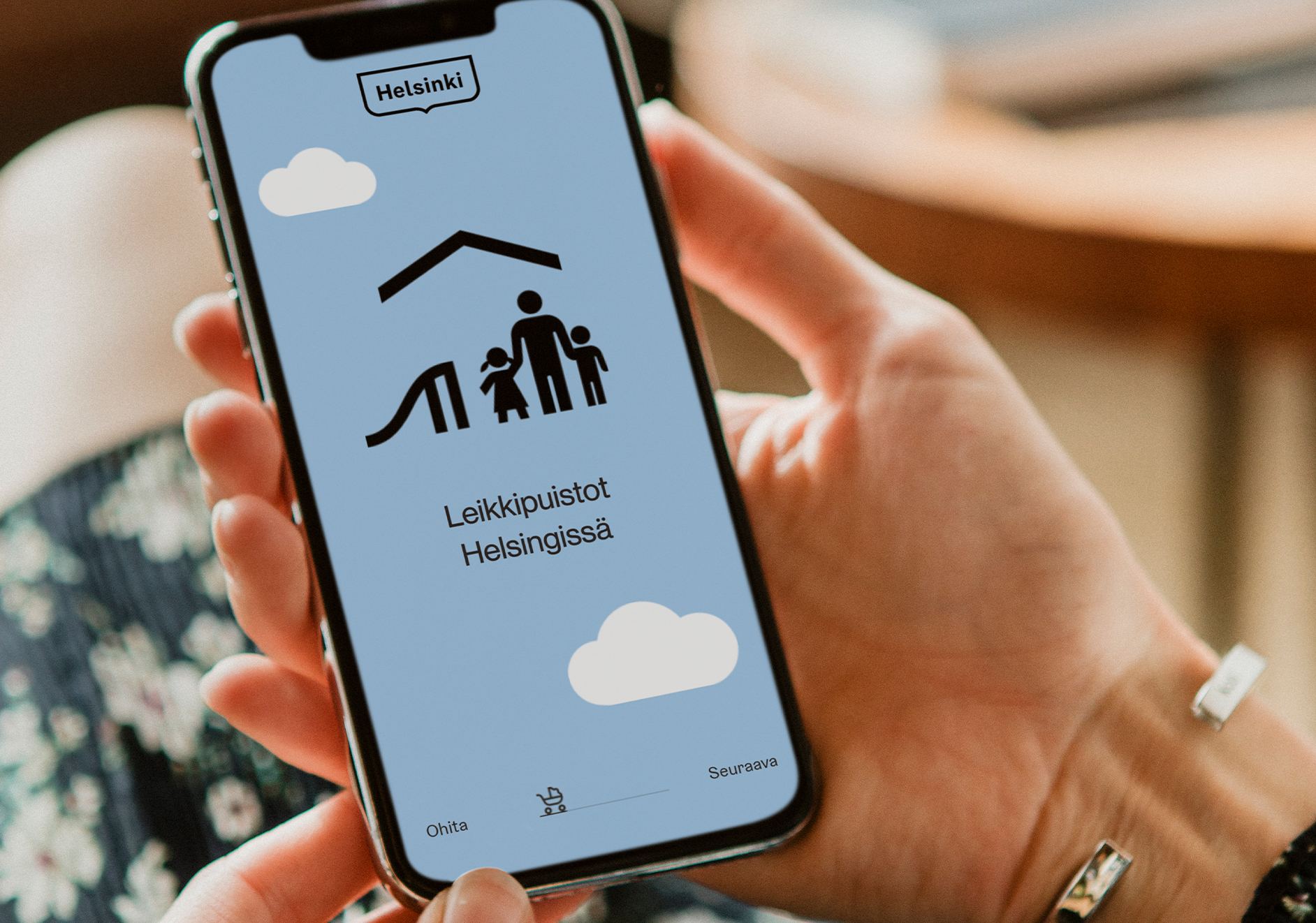 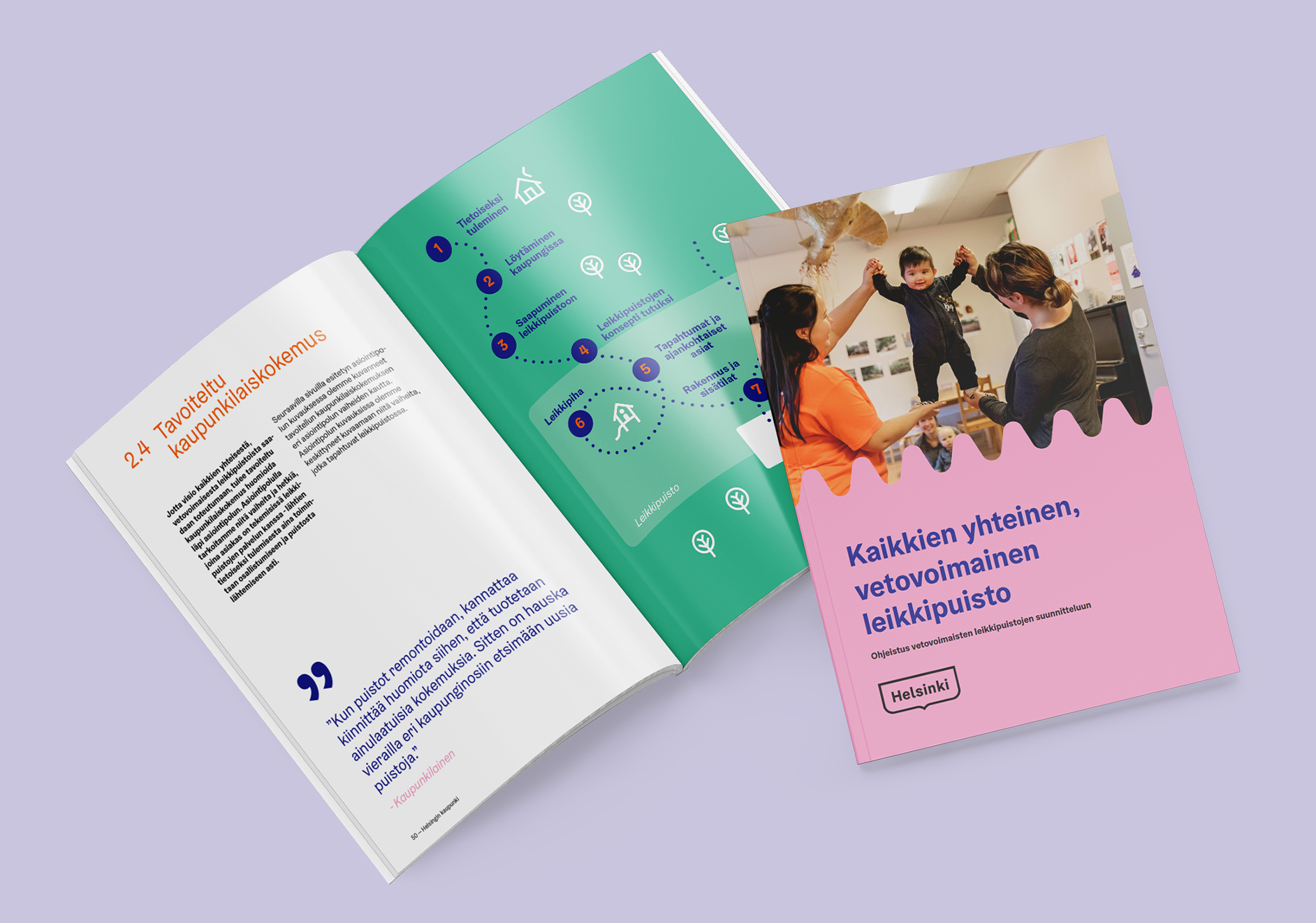 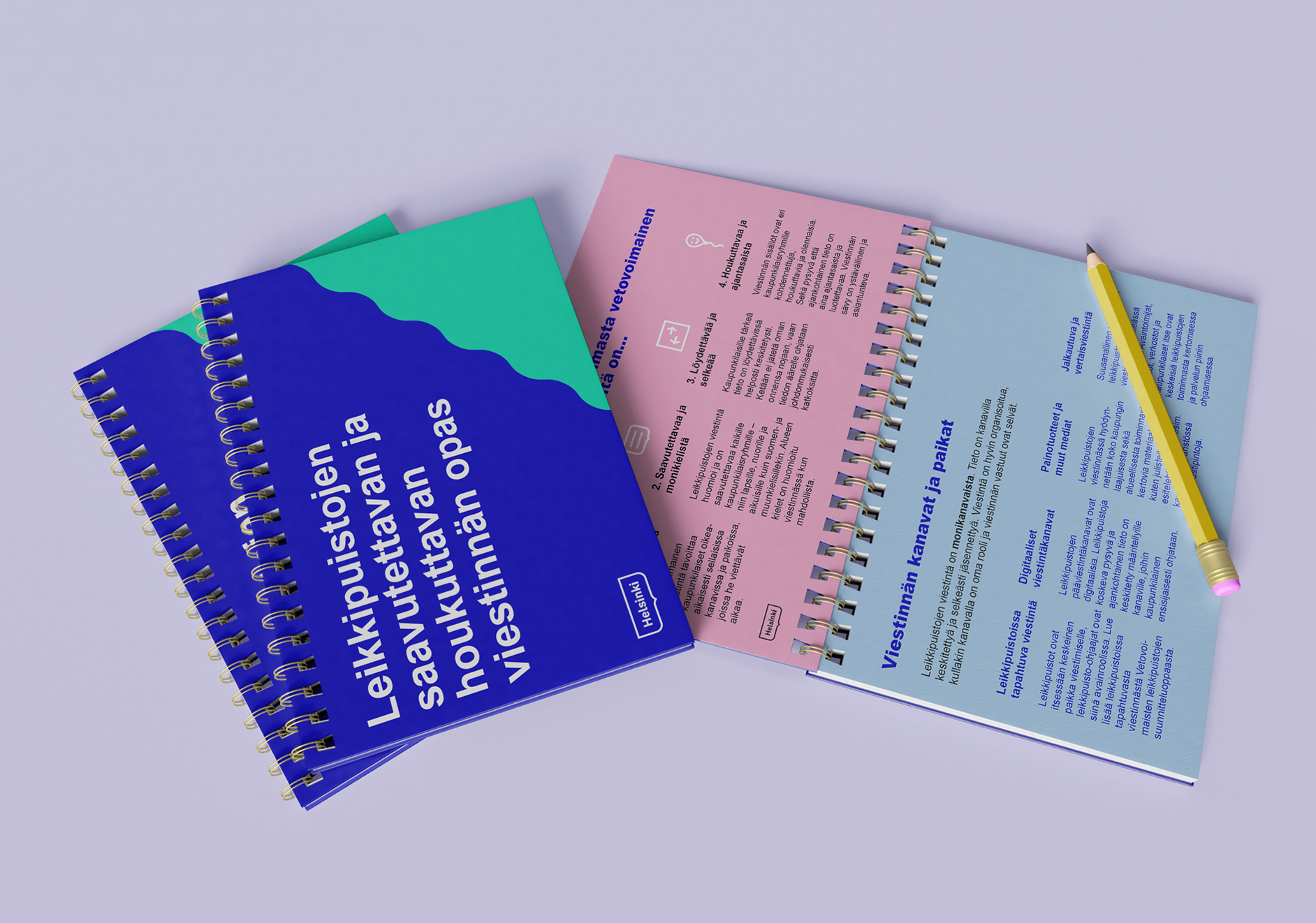 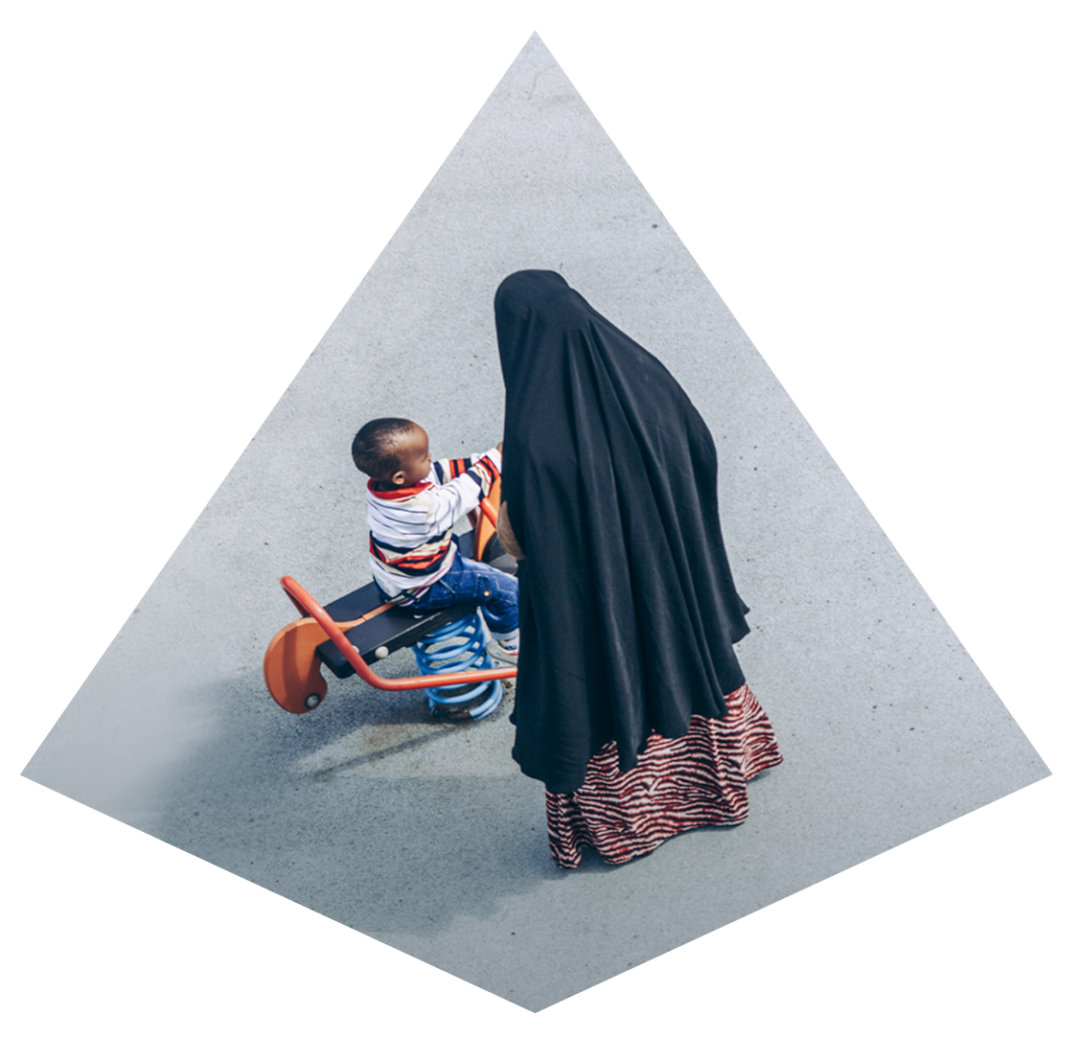 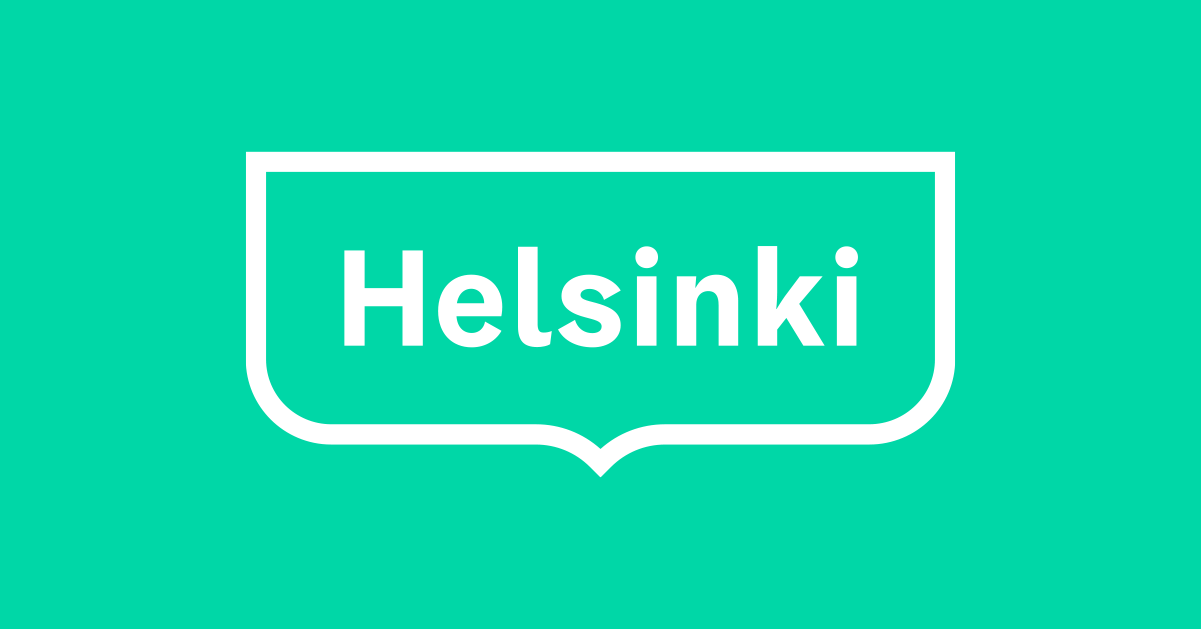 Design as a part of Helsinki urban development

In recent years, the city’s design expertise has increased at a rapid pace, and as a framework contract partner, we have been able to bring design thinking into all fields, from education and training to culture and leisure, and from social and health services to the urban environment. 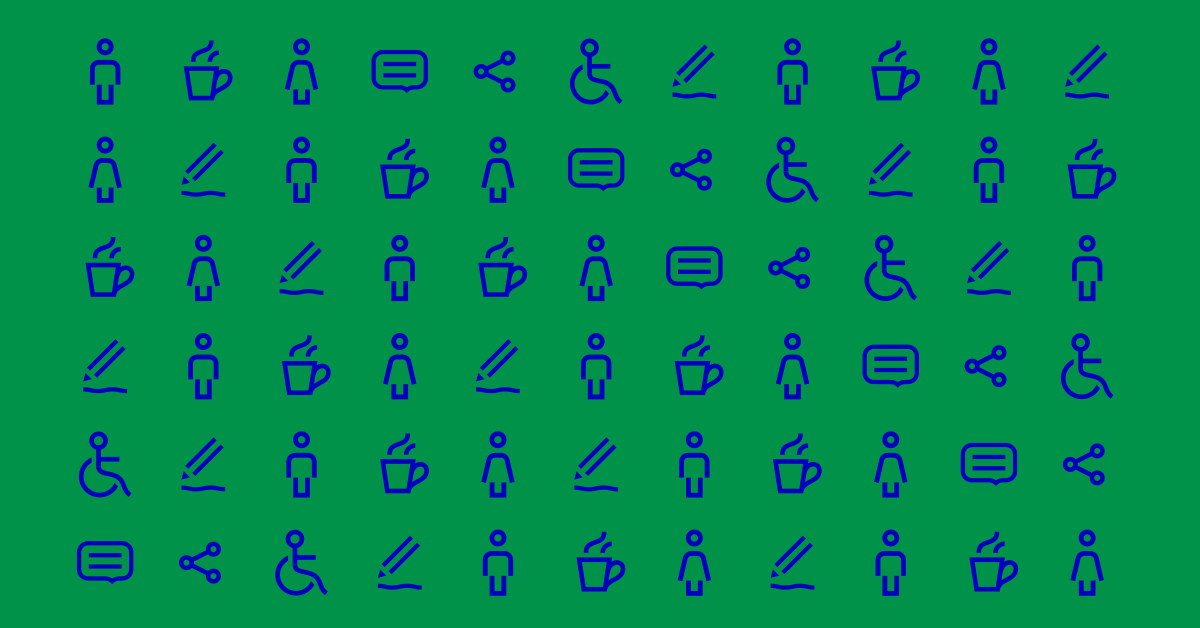 OmaStadi is the City of Helsinki’s way of providing participatory budgeting services.

Hearing more about your services

Getting an initial offer